Our physicians are dedicated to give the very best medical care

Get acquainted with our price list and payment options 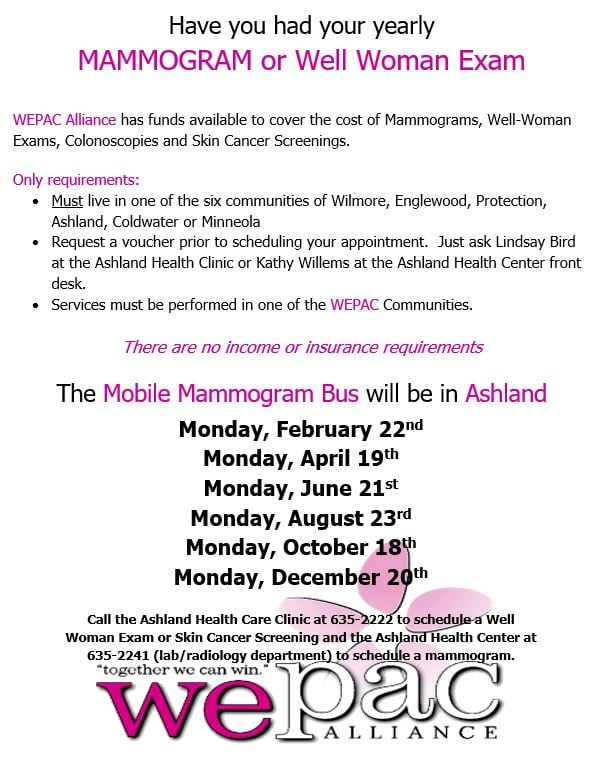 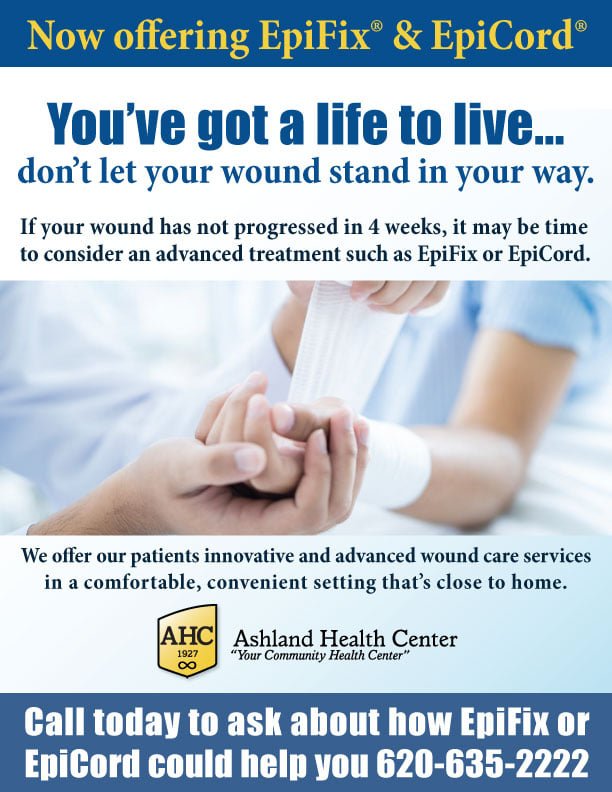 Ashland Health Center
The mammogram bus will be here Monday, February 22. We have a few spots open so call the clinic to make your appointment. 620-635-2241.

Ashland Health Center
Kansas was established in1861. Here are some fun facts about our wonderful state.

Kansas was named after the Kansa Native Americans. It means 'People of the South Wind'.

Kansas has so many tornadoes, it has the nickname 'Tornado Alley'.

Kansas is the home of Dorothy from the Wizard of Oz. You can still see her home in Liberal, Kansas.

The State Song of Kansas is 'Home on the Range'.

Smith County is the center of the 48 contiguous United States.

Kansas was known for its wild frontier towns like Dodge City and Wichita during the settling of the wild west. Lawmen like Wyatt Earp and Wild Bill Hickock became famous keeping the peace in these towns.
Barton County is named after the famous civil war nurse Clara Barton.

Kansas produces enough wheat in a year to provide every person on earth with six loaves of bread.

The Graham cracker was named after a Kansas' preacher named Sylvester Graham.

Ashland Health Center
Thank you to all our healthcare workers!

Ashland Health Center
Please follow this link to read benefits of getting the Covid-19 vaccine.
https://www.cdc.gov/coronavirus/2019-ncov/vaccines/vaccine-benefits.html

COVID-19 and Your Health
Symptoms, testing, what to do if sick, daily activities, and more.
cdc.gov
2    View on Facebook